No better place to post a topic this deep. I think we can make it.
(Let’s discuss post) 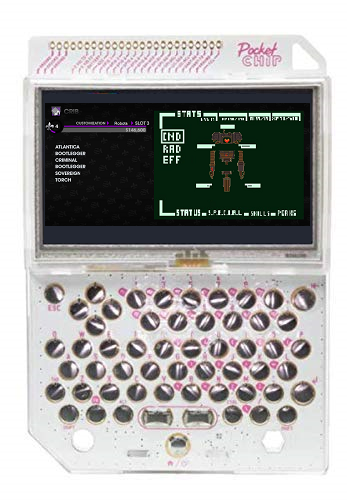 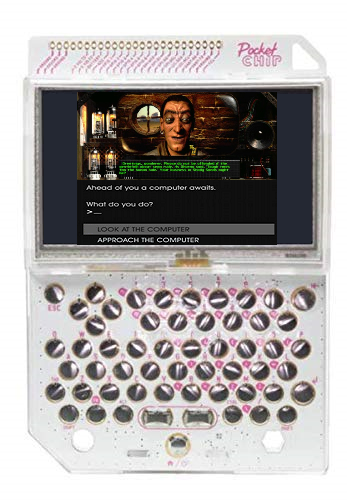 I think the next question should be “What does Fallout on Ringo look like?”

I obviously skipped my bedtime to create this post. I had a hard time deciding where a good place for the concept should go because most Python “users” are not like other programmers. They usually aren’t programmers. I had a big idea in mind.

There is a few Text-only Pokemon Adventure titles and they are written in Python.
It’s the easiest way to learn the full scope of standard Python, which is why people make them.

The second image is what I image you might see walking out of the Vault. You look around and find objects through text. We provide some images. Let’s try to stay pixel for smaller screens. It may even benefit players to include the text on the left hand side for Ringo. Characters are optional, but they can always come in DLC packs

The first image is a robot workbench with possible options on the left side. I image our world to be more or less abandoned. We should constrain the idea for creativity. It’ll be possible to pack more into one space than many things in lots of places (…or just one thing in many places). On the right side our robot has a “health container”. All parts, health, functions, and design can be modified on the workbench.
I imagine mostly items can be obtained, texts can be discovered, enemies?, robots, things to do in an out of vault RPG. 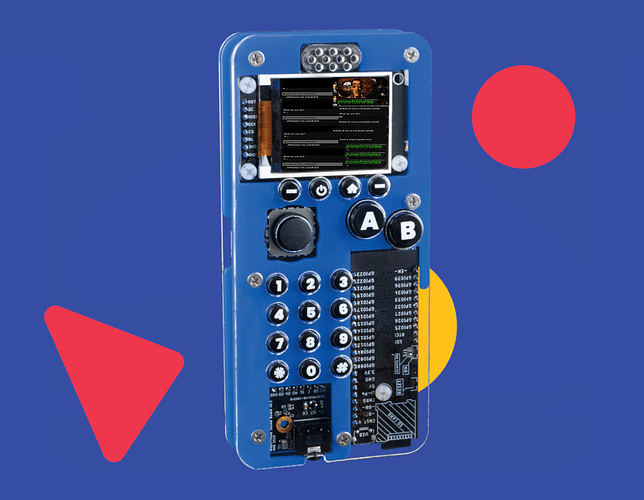 I don’t have much to update. Recently, I’ve been working on the PocketCHIP python window.
My PSU exploded last week. I replaced it and the GPU last night.

Since then, I’ve been working on building the input() key mechanic for the GUI. Obviously haven’t tried a key press function. In both OS we will need a key press to determine left/right/forward/backward.
Let me know if you have any suggestions for the functions that may handle this + then be implemented in the text box that will list available options.
*If this isn’t solved, it will be a lot less like its libre counterpart and more like the one Bethesda contracted from legal flu. (Not that it can’t be replaced in future versions of course)

There is an available python keyboard module.
#pip3 install keyboard
I haven’t tested it off-desktop yet.

Edit - I’m currently debugging the keyboard’s function…
The goal is to toggle - which switches from available commands - waiting for the ‘enter’ key.

We would have to include the keyboard module alongside whatever image of the finished library is…unless we use system, there’s not much that can be completed…
We could use buttons from tkinter. .
The annoying part is separating information into modules to be included for OS build. Maybe at some point, a settings can be made to import the chosen module of GUI.

I wonder if circuitpython/pygame would be useful for a program of this magnitude.

NEW GUIDE: PYOA for PyGamer/PyBadge – Adding Cursor Support to CircuitPython Want to control your CircuitPython game with your PyGamer’s Joystick? Click buttons on the display using the…

This solution requires more “tools” which I am not equipped to handle atm. I’ve recently disadvantaged myself for more or less leisures. I’m working on an Alphabot for the Tracbot series. That and an order for a new cyberdog. I’ll be busy transferring all of these systems to a local server - that I can call on.
Idk where to find the time to work on Vaultman. More so, I have been constantly wrestling with the internal struggle to redevelop ideas and concepts. The lack of effort in combination with equal satisfaction puts me at square one.

4.5% ppl pls say something
We need to lift this project off the stains of plain white papers.

Do we have any volunteers with contributing modules yet?

I only just got a makerphone and am just now immersing myself in this sphere, I don’t know much as of yet, but if I learn anything I can contribute, I’d be quite happy to, as this sounds like an amazing undertaking. Best of luck

Thanks, and enjoy your new Makerphone

I have to stick to offline/programmed tasks.
I don’t get any phone reception at all where I live. It’s new land in Maryland.

I have had a few successes in putting together separate modules in Python recently.
My focus is back to circuits…electronics and lots of hot glue and soldering

I haven’t been able to network very well with other programmers.
I have been a programmer for 6 years now. I do everything for my own reasons.

It’s not too off topic, but after 20 years of life(the game) – I discovered Anarchy Online. I was hoping cyberpunks would be hiding around in plainsight. I haven’t had any luck with them either. I wish Python had more of a community like other languages(now that it’s not scripting), but even after 12 years people treat it like common glue. It’s way better than that now…

I may be doing this exact same idea, but in C.
I just bought a PalmPilot 7x from 2000. The idea for making this work on “dot matrix” monochrome would work the same. The basics are built into a library that the user changes to satisfy their own needs. The physical files can also be appended to build the story/game “stuff”.

I mostly have decided to make this a game engine that can run with low storage specs. Since the idea is based on pictures and changes in text, it should obviously run on any system.

I am not entirely familiar with C structure. Even though I have been tinkering Arduinos for about a decade. So I can write Arduino not C.
I have both learned and basically applied this concept after going to college for Java. My PalmPilot system works more like a .NET system. The prc is made using an old visual C/C++ scripting environment.
If this sounds appealing to you I will make concept art if you choose to produce an “engine”.

The new format is much more basic. The starting profile will accompany pictures and game information. If the game is a travelling adventure, then your character can be seen with a beard or something in the graphic art section. The C engine should flip flop between GUI and art.

As a reminder the original idea was that it would be a design around basic constructors. Players or creators should be able to leave their content (sound, art, info, etc) in a main library of separated folders. The engine will help users call these files. This may be difficult for photos, and I suggest the C library convert photos into a black and white bitmap.
Tmk, a bitmap is just the C way of telling the computer what number and square to fill? I think so.

I am unsure how to exactly accomplish this entirely feat. I’m looking to go beyond what Python is capable of now. I’m a maker and roboticist, I’m not a highly qualified engineer from IBM. lol

We will see if a standard format can be reached and copied using other languages.
In the meantime, I am still composing my AI for research in opposition to the great Elon’s wishes. It seems apparent that he has developed my research in secret and refuses to release such an opponent onto a world of menial intelligence. Robots are people too