How to get replacement parts? And what's the battery connector?

Hi, I build my MakerPhone/Ringo from the Kickstarter the other day, but when required to disconnect the battery, it wouldn’t come out, and the battery’s plug ended up being destroyed (on the battery’s wire, the circuitboard is fine). How can I get a replacement battery sent to me? I already sent an email to contact@circuitmess.com, but didn’t get a response. Also where can I find the option to get the 4G upgrade later, as was promised during the kickstarter?

Also what is the name of the battery’s connector, I could try to order some and re-crimp a replacement if I can’t get sent a replacement battery.

Sorry for the late reply - it was a really busy weekend.
I’ll make sure you get a reply there and I’ll ask you to send a couple of photos of the problem here so I can see can we get it easily fixed or not.

The 4G update was in the plans, but during the campaign we’ve discovered that it was pretty much impossible to have both modules working on the same main board, so that idea was scratched. Every other component is the same, but since everything is soldered on the main board, it is not possible. You cannot just replace the main board because that would mean soldering everything off.

The exact model of the connector is JST PH 2.0, but don’t worry, we’ve got you on the replacement battery.

Thanks for the reply, Robert!

The mainboard itself was undamaged, only the battery’s connector on the battery wires. As requested, I’ve attached a couple photos of the damage. I managed to assemble the rest of the phone, just skipping the battery for now, and it does work great while plugged into a power source.

Thanks for letting me know about the 4g upgrade’s challenges. I wish I’d known earlier, I might have gone for the upgrade. Oh well, I’ll probably only use it with wifi anyway. 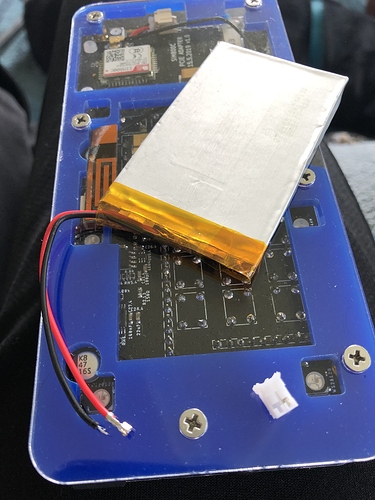 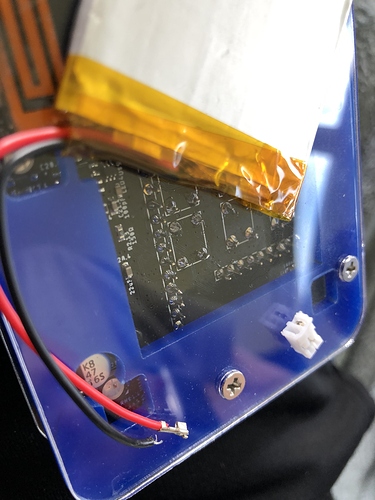 Oh well, I’ll probably only use it with wifi anyway.

The firmware only supports wifi for purposes of downloading a firmware update. Obviously, you can write your own program that uses the wifi for something else. Nothing in the firmware saves encrypted wifi passwords or supports “connecting” to a wifi access point…

Thanks for the photos! I’ll hit you up in the DM with details!

Patrick, I have a spare battery I could send you if that helps. (for that matter I also have an entire “spare” phone)
William