What is BuinoControl?
BuinoControl isn’t a game - it’s an “App”. It consists of two Apps to be exact:
At first there is a MAKERBuino App and then there is an Application for Windows-PCs written in C#.

What does BuinoControl do?
The Windows-Appication uses the OpenHardwareMonitor-library to read the sensors of the PC. It then converts the sensor values into bytes and sends them to the MAKERbuino via RS232-to-USB-Converter. The MAKERbuino then visualizes the received data. You can use a menu to select the different hardware-components. You can get the data from CPU, RAM and (Ati/AMD)GPU sensors at the moment.

I’m using the PCF8574 remote I/O expander board that came with the inventor’s kit to drive a couple of LEDs indicating the load of the currently selected hardware.

Thanks for coming up with that idea, @albertgajsak

All of this is at an early stage of development. There are a couple of other things i want to realize but I’m still focused on the foundation of the software. I thought about releasing the sourcecode in the near future, anyone interested? Of course I want to clean it up and comment both sourcecodes before releasing it.

Pictures
Of course you want some, don’t you? 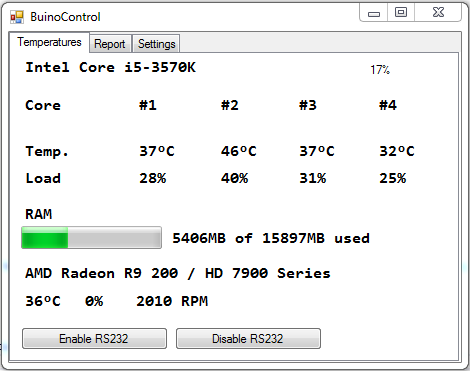 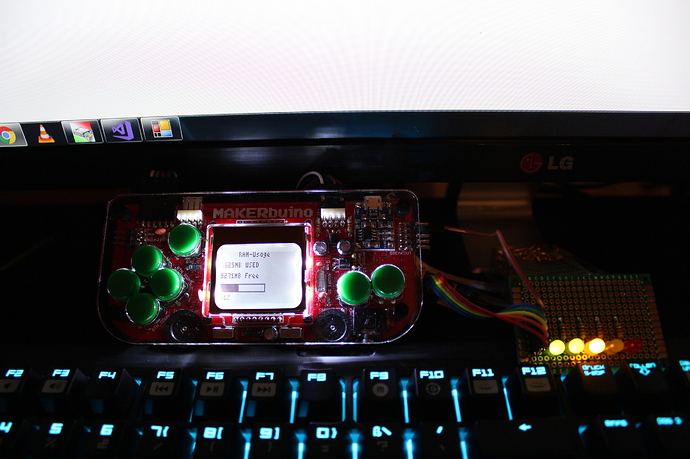 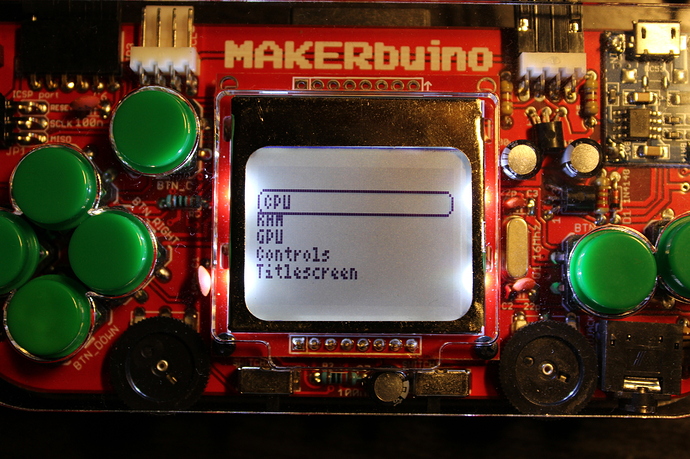 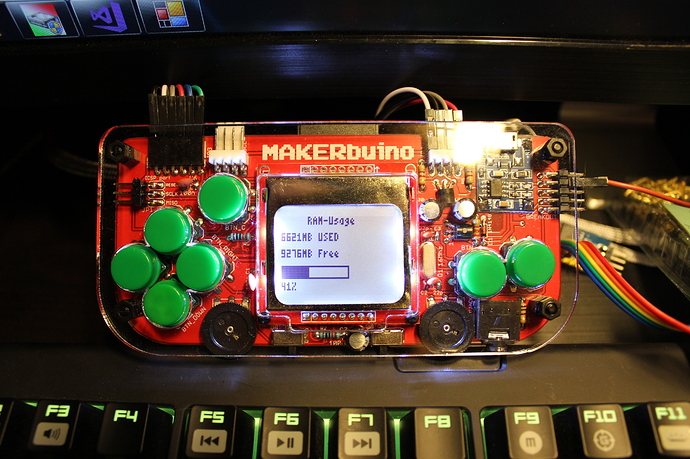 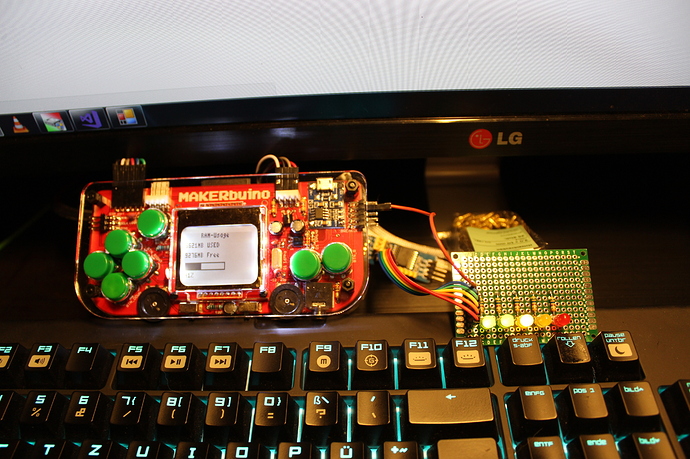 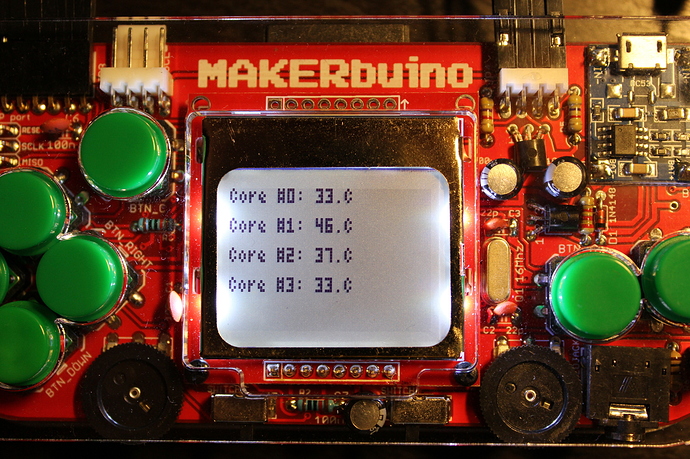 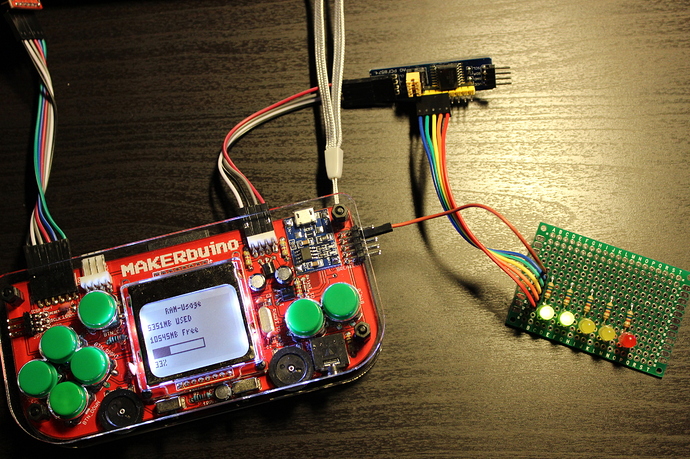 That’s a funny project. It reminds me Logitech gaming keyboards. I don’t know if they have an API or something. But I believe there are interesting things to display from applications.

Yeah the G15 came too my mind too!
But it’s not as cool as using a MAKERbuino

I’m releasing the sourcecode in the near future, so feel free to use and alter it.

And if you made something just show it, i’ll be curious!

Any news on releasing the software?

It needs some adaptions though. The C# code isn’t commented at all at the moment. I had to put the project aside because I’m currently working on a couple of guides for the MAKERbuino homepage.
But I want to continue this project asap

The openhardwaremonitor is just a simple library to access the sensors of your PC-hardware. It allows you to read temperatures, memory usage etc. But you’ll need to include it in a C# program.

You’ll then be able to send the values to your MAKERbuino via RS232-to-USB-converter.

@Bl4ckM4ch1n3
Ok then, where can I get the c# code for the Makerbuino because I would like to use it. If you have got it can you put a link to it somewhere because I’m not very good in c# ardunino language.

Sorry @Mitsuperboy, I think you misunderstood something

I’m currently working on this project, but there is no download available at the moment

Oh thank you for making it clear​:ok_hand: