Hi
Does anyone knows how to connect the Makerbuino to the computer as a joystick or to monitor the computer hardware on windows 7.

Hey @Mitsuperboy, check this out:

What is BuinoControl? BuinoControl isn’t a game - it’s an “App”. It consists of two Apps to be exact: At first there is a MAKERBuino App and then there is an Application for Windows-PCs written in C#. What does BuinoControl do? The Windows-Appication uses the OpenHardwareMonitor-library to read the sensors of the PC. It then conve…

I have not done but maybe this URLs can help you: 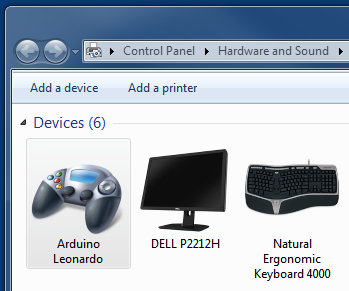 Hi
Will the Makerbuino still work with the SD Card as well as a windows 7 joystick before I go a head and do it?
Mitsuperboy

Unfortunately this won’t work. The MAKERbuino uses an ATmega328 MCU. The Arduino Leonardo/Micro is based on a ATmega32U4 MCU. The 32U4 has build-in USB-Support but the 328 doesn’t