I have a few problems with my “MakerPHONE” that I built around Christmas this year. I liked the soldering process in making the phone, I had a great time assembling the phone and honing my skills. In this portion of the build I only ran into two problems, one was accidentally knocking off one of the small 220 capacitors near the battery pack on the back of the phone and the other problem was accidentally inserted the SD card into the SIM card slot. With the 220 capacitor, I had to use a wire to connect the capacitor back to the board, I had to do this because the capacitor was surface mounted. With the SD card, I had to remove it with pliers because it was stuck in the slot. Shortly after I started running into an assortment of problems, beginning with the SD card slot being spring loaded. Since the SD card slot is spring loaded, when the phone is in your pocket, the card pops out to be lost. This popping out action happened at least 10 times and it is a miracle the card is not lost. After this continued to happen for a while I fixed the problem with a piece of electrical tape. By this time other problems had already manifested:

-Start up wizard would run randomly after being powered off
-Doesn’t show the remaining battery life in the phone(shows it is constantly charging)
-Sporadic battery life
-Contacts do not work:
-Can not use contacts to call(starts call and then ends it)
-Contacts do not transfer to phone(only a small amount that are already there)
-Does not register the SIM card while it is clearly in(Progressively got worse)
-Doesn’t clear the notifications on the home screen for months
-Screen flashes on and off at a high frequency
-Makes a high pitch humming noise all the time(All ways did. Missing lowpass filter?)
-Headphones do not work in calls(never worked)

I suspect some of these issues(if not most) are because of my assembly mistakes and SD card popping out. Anyone know how to fix these issues?

Thanks for reaching out!

Sorry for the problems you’re having, but don’t worry, we’ll resolve them.

Please take off the casings and take a few photos of both the phone’s front and back side, so I can see if everything is soldered and assembled correctly.

I’ll guide you from there on afterwards.

Blank post so that I can upload more than one image.

Have to upload them individual 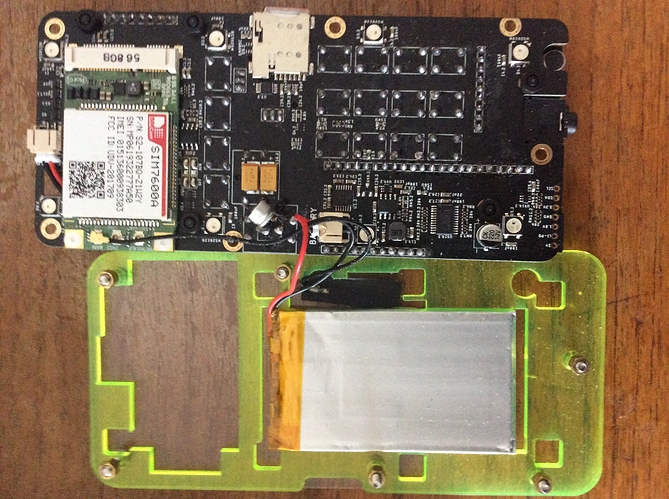 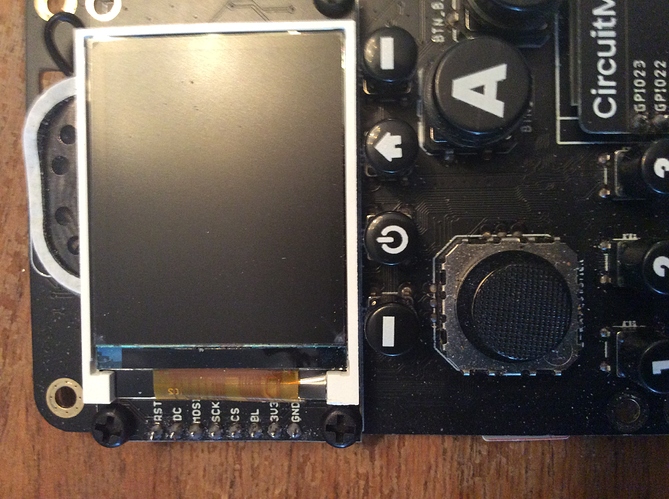 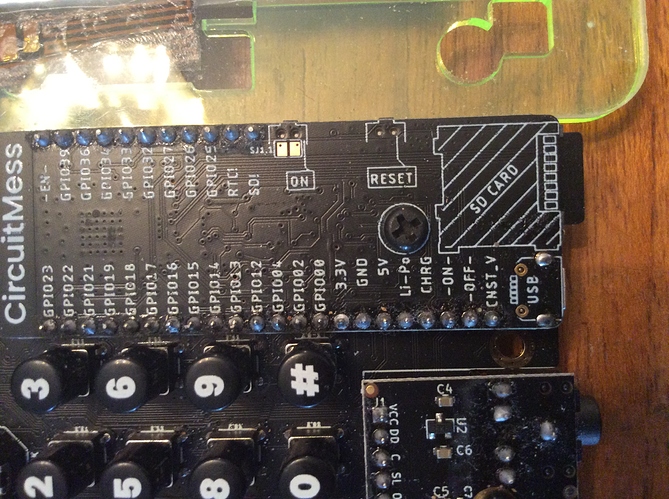 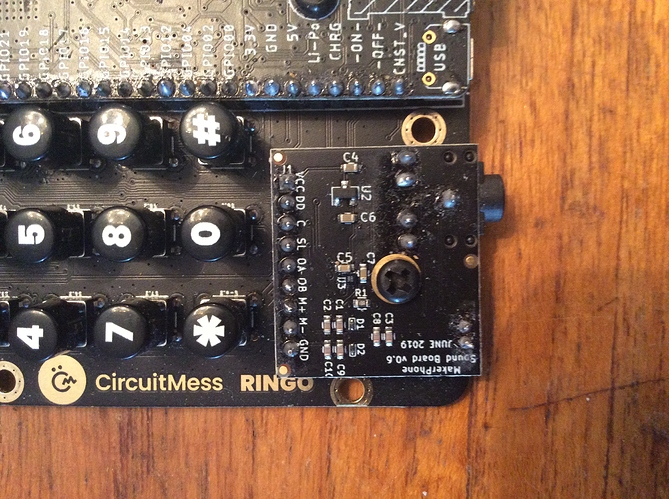 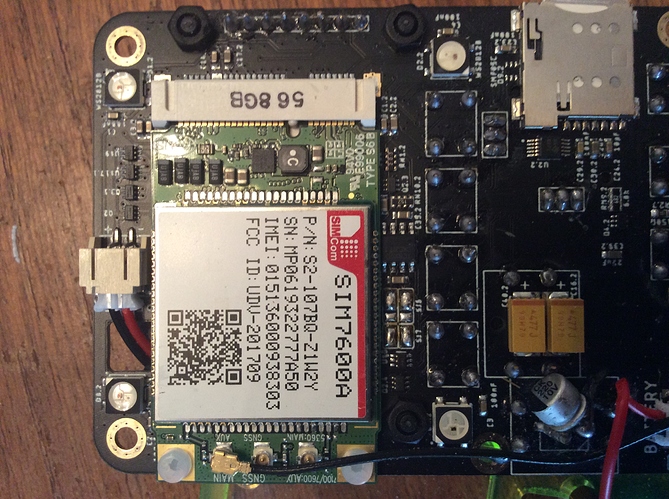 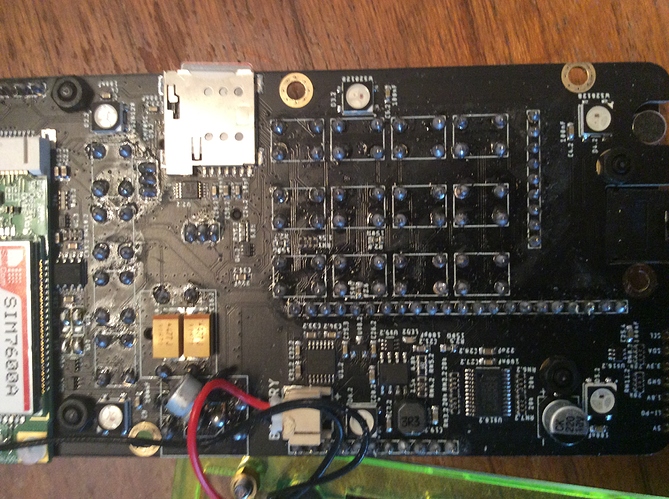 Thanks for the photos!

As far as I can see, the soldering is pretty much okay, no need to do anything there.
The only thing that might be causing some issues is the excessive solder somewhere on the board. The pictures are not 100% clear, but it seems to me that there are some parts of the board that have some solder leftovers where there shouldn’t be any, so please remove that.

Also, is the capacitor connected with both legs? This is pretty important.

Another thing that might be causing some of your issues is the SD card - please format the SD card and start using it again. If you still have the same issues with it (contacts, etc.) try to replace it. You can download the default SD card package from here - https://github.com/CircuitMess/CircuitMess-Ringo-SD-package.

Stay in touch so we can work this out!

Sorry for such a delayed response. I downloaded and replaced the old information on the SD card with the new information. However the SIM card is still not being detected by the reader. I have tried reinserting it, but to no success. As for the other feature of the phone, the contacts have transferred over the phone so far, it still says it is constantly charging and still makes the high pitch noise. These are the only things I have been able to test so far due the SIM error.

Sorry again for the late reply,

Thanks for staying in touch!

I cannot properly see from the pictures, but it seems that the problem may be in the way the SIM card is inserted.

It should be with the golden part facing up and the little cutout facing away from the phone, which is opposite of way you’ve inserted it, if I can see properly.

Turn it around, turn the phone off and on a few times so that the SIM module resets, and you should be good to go!

Just to clarify what Robert said, by “facing up”, he means facing the front of the phone. And as he said, the notched corner should be visible, not buried inside the socket. 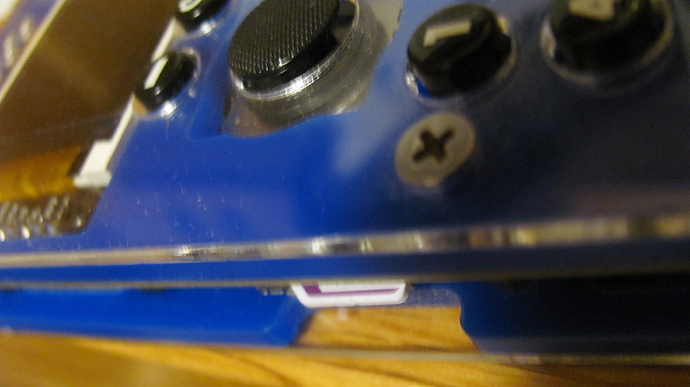